And it came to pass, that after three days they found him in the temple, sitting in the midst of the doctors, both hearing them, and asking them questions. And all that heard him were astonished at his understanding and answers (Luke 2:46-47). 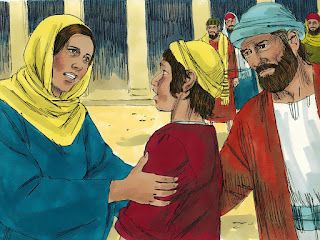 We aren't told much about Jesus' life as a boy. After His family flees to Egypt and they come back when it's safe, we don't hear anything about Him again until he astounds the men at the temple with His knowledge and understanding of the Scriptures when he was twelve. He had stayed behind when his parents left for home, and they frantically returned to find him. Then, we don't hear of Him again until He's about ready to begin His public ministry around the age of 30.

...but his mother kept all these sayings in her heart. And Jesus increased in wisdom and stature, and in favour with God and man (Luke 2:51c-52). 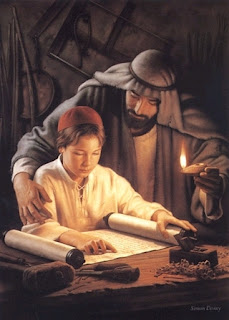 Did you ever stop and wonder what it might have been like for Mary and Joseph to have a perfect son when they were imperfect? We might think this would be wonderful, but it must have also been disconcerting at times.  Charles Spurgeon writes of Jesus in his book, The Heart of the Gospel: "...He never exhibited an infirmity, which had the least blameworthiness attached to it. Never fell there an evil glance from those blessed eyes; never did his lips let drop a hasty word, never did those feet go on an ill errand, nor those hands move towards a sinful deed; because His heart was filled with holiness and love. Within as well as without, our Lord was unblemished. His desires were as perfect as His actions. Searched by the eyes of Omniscience, no shadow of fault could be found in Him."

For he hath made him to be sin for us, who knew no sin; that we might be made the righteousness of God in him (2 Corinthians 5:21) 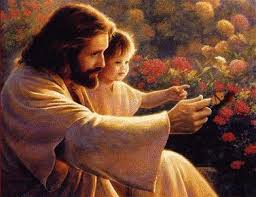 He was not only Mary's perfect Son but also God's. And He's our perfect Lord and Savior, wanting us to come to Him, accept Him, and become His. How marvelous, how wonderful! God be praised!