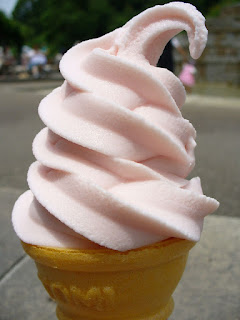 August 19th is National Soft Ice Cream Day. You know, the kind that comes out of a large machine in swirls if you're skilled at filling a cone or dish. The most common flavors are vanilla, chocolate, and a mixture of the two, although there're other flavors as well. Soft serve ice cream, as it's often called, is my favorite. It has less fat than the scooped kind, giving it a softer, more delicate taste. The milk fats are what hard-freezes in the other ice cream. Also, soft serve is produced at 25 degrees Fahrenheit and regular ice cream at 5 degrees. 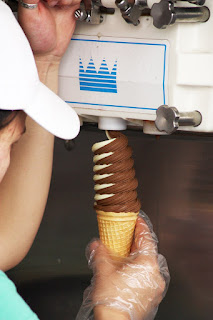 Tom Carvel is credited with inventing the treat. In 1934, Tom's ice cream truck had a flat tire in Hartsdale, New York, and his ice cream had started to melt before he got it to his usual spot. The customers loved it, and an idea came to him. He could have a fixed location with soft ice cream. Two years later, he opened his first store in the location where his truck broke down. Over the following years, he patented a lower temperature ice cream machine with a secret recipe. 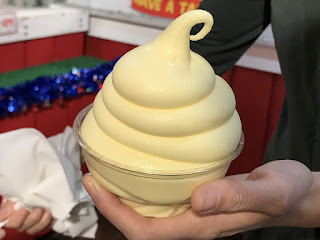 Tom's ice cream became too competitive with the hard variety, and court cases ensued. In some places, such as Minnesota, soft ice cream was banned because technically it wasn't made from cream but milk and it was said to be false advertisement. At one point, it became called ice milk, however, this eventually changed. Today, it's sold around the world and even in some popular fast-food restaurants. I'm glad because I'm ready to have a cone to celebrate. 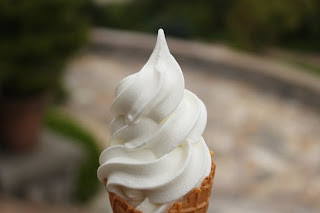 Posted by Janice Cole Hopkins at 3:16 AM