Behold, when we come into the land, thou shalt bind this line of scarlet thread in the window which thou didst let us down by.... And she sent them away, and they departed: and she bound the scarlet line in the window (Joshua 2:18a & 21b). 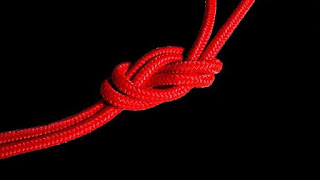 Scarlet and red are used in the Bible to symbolize different things. In Genesis 38, the midwife used it to denote the firstborn of twins. In Exodus 25-39, it is used in the descriptions of the cloth for the tabernacle and priests' clothing because red, blue, and purple were the color of kings. But perhaps the most remembered scarlet thread is the one that Rahab is to hang out her window to mark the house the Israelites are to spare when they invade Jericho in Joshua 2. 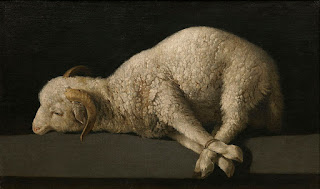 Other Old Testament books that talk about the color or of the sea which is that color, are Leviticus, Numbers, Deuteronomy, Judges, 1Kings, 2 Kings, Nehemiah, Esther, Psalm, Isaiah, Jeremiah, Nahum, and Zechariah. However, Matthew, Acts, and Revelation also mention it in the New Testament. Red came to represent a blood sacrifice.


For this is my blood of the new testament, which is shed for many for the remission of sins (Matthew 26:28). 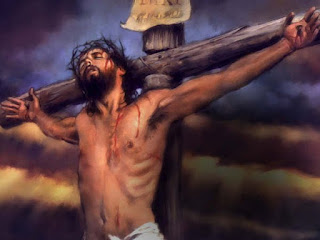 As Ray Pritchard writes in The Next Man Up, "The scarlet cord reminds us of the blood of the Passover. The color was no coincident. It was a scarlet cord that guaranteed her [Rahab's] deliverance from otherwise certain death" (The Next Man Up - Ray Pritchard, loc. 309). Christ's blood also ran in scarlet cords to deliver and save us. It has great significance for all believers and binds us all together in unconditional love.